Ever been to a restaurant that focuses on one cuisine only?

I particularly enjoy visiting restaurants like these, but when they make room for some intercontinental dishes then they win my heart even more.

Zen2go is a new restaurant in Lagos that offers Lebanese cuisine and some intercontinental dishes are available on their menu.

The restaurant is located at Victoria Island Lagos with an outdoor sign you just can’t miss! Kudos to them for making my life easier with navigation.

Just type in Zen2go restaurant on Google maps and you are good to go! I made a stop over the weekend and here goes the review 🙂

Let’s start with the space; it’s simple and florid with artificial flowers, bamboo, a very interesting-looking horse and men (if we can call them men). There’s a shisha room, a dine-in area, an open kitchen and an outdoor area. It’s a nice spot for group hangouts on Victoria Island.

Onto the meals, we had; 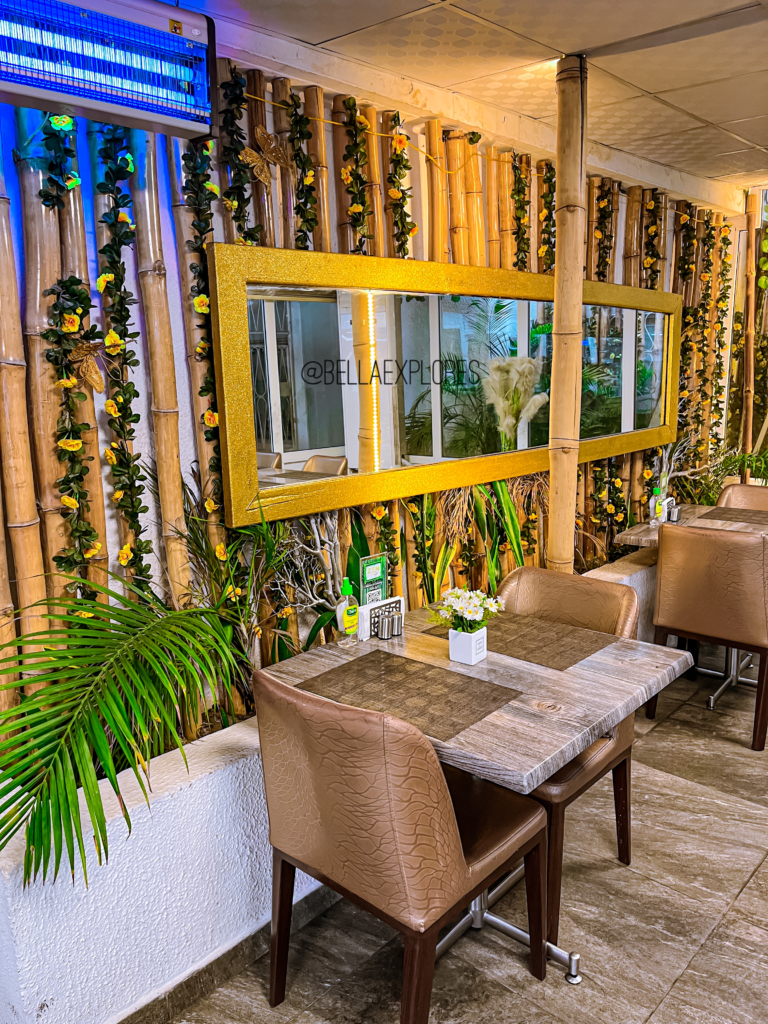 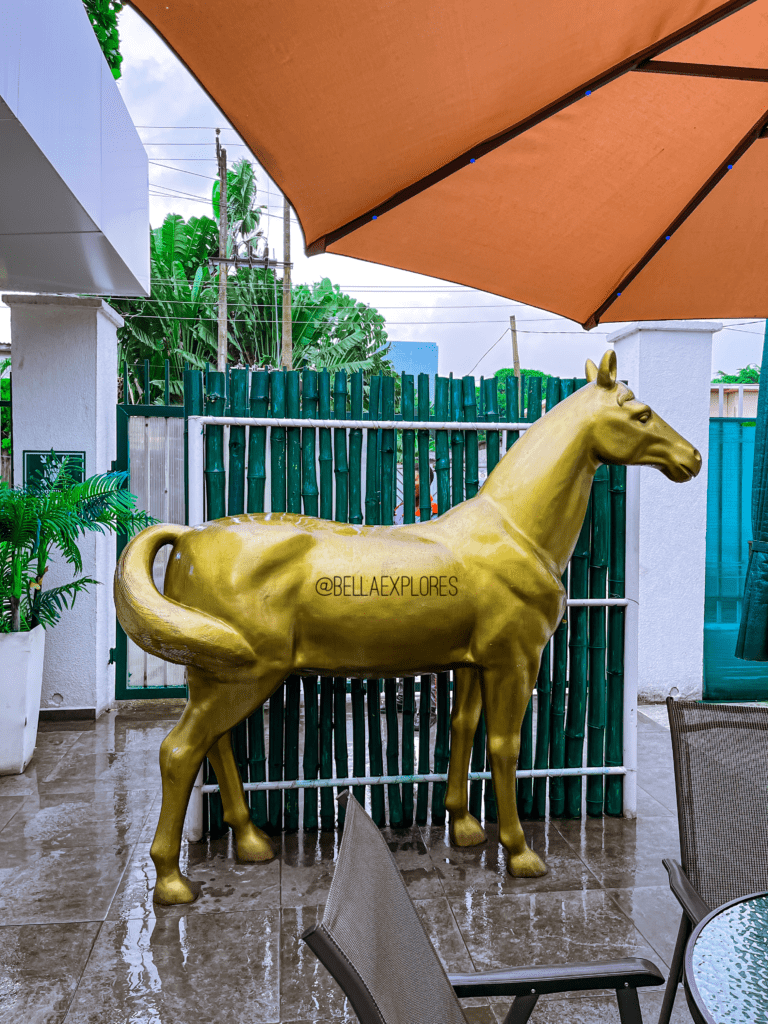 This was my first time trying out shawarma pizza so I honestly didn’t know what to expect, I just told the waitstaff that I wanted it cheesy and hopefully a bit spicy, I was not let down.

The pizza had quite a lot of toppings and tasted good but I wanted more in terms of flavour, I believe there is room for improvement on this particular dish.

I probably was half asleep when I placed this order because that’s the only explanation for me ordering a chicken burger! I belong to the team of humans that believe that beef patties rule the world so imagine my disappointment when I saw a chicken in between the burger buns, the worst part was that it was grilled chicken breast 🙁

Well, the buns were perfect, to be honest, and deserve some accolades. The chicken, on the other hand, lacked a bit of flavour, I might be biassed here because I don’t dig chicken burgers but well guess who ordered it….. Me!

I wouldn’t rate this meal in particular and would leave it open for you to experience it, you might enjoy it more. 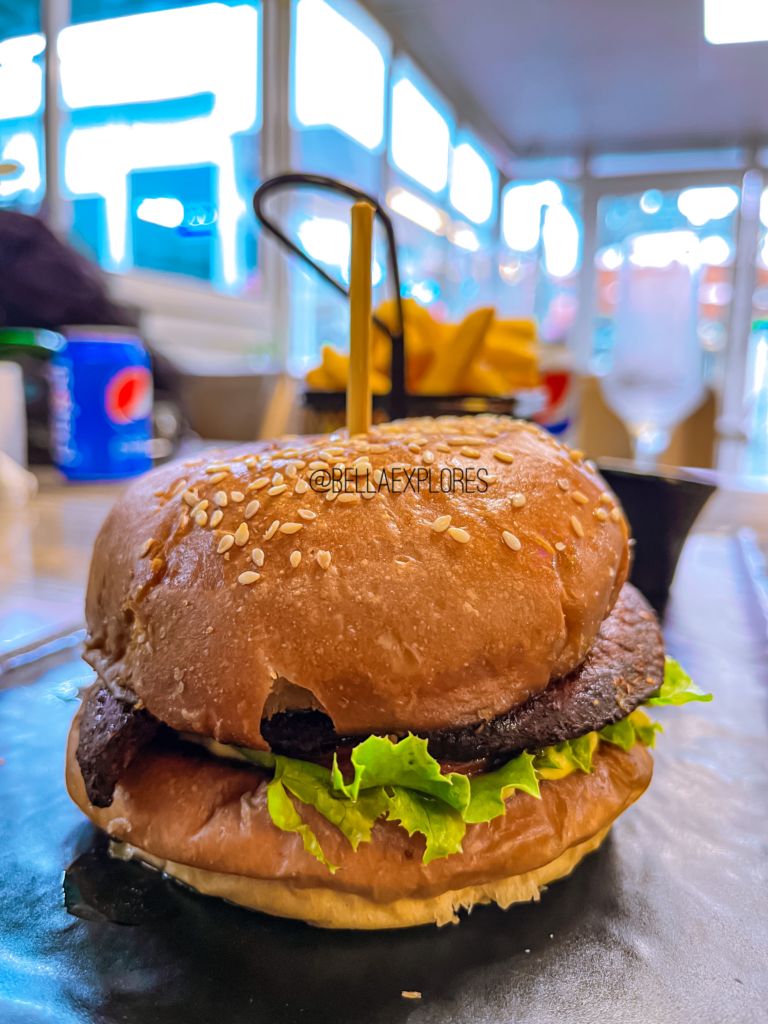 From the name of this dessert, I was hoping enjoyment would finish me!

I mean death by chocolate, not by hanging….

This is a dessert made up of a brownie, caramel sauce, chocolate sauce, ice cream and roasted cashew nuts.

I had high hopes and sadly they weren’t met, the brownie was not sweet or moist or fudgy, it was bland and happens to be my least favourite thing on the menu.

I only ate the brownies while I had ice cream, after it melted it was a no-no. 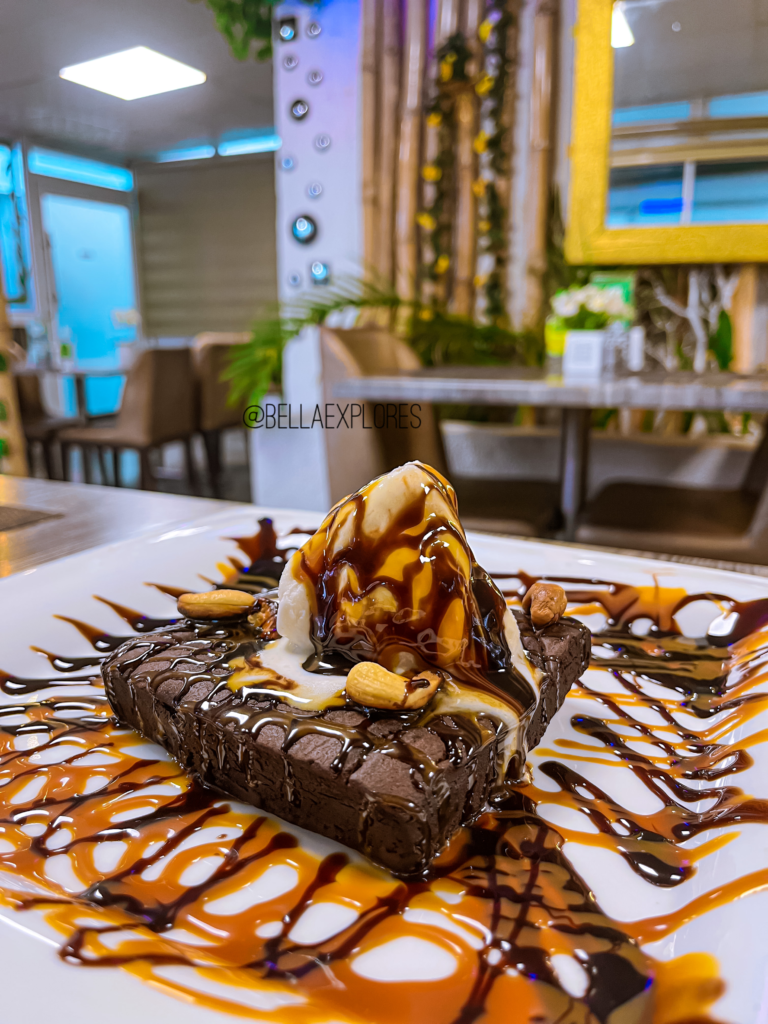 I wanted to try out their breakfast options but the fact that they don’t serve coffee varieties was not encouraging so I ended up having pizza and a burger.

I badly wanted to have a cocktail but I think their menu is limited in this regard and I ended up with soft drinks.

The service however was really good, the waitress has one of the most beautiful genuine smiles I’ve seen and it seems like a promising spot. I’ll give them some time and revisit to try out Lebanese food.

Have you been to Zen2go restaurant? If yes, what did you order?